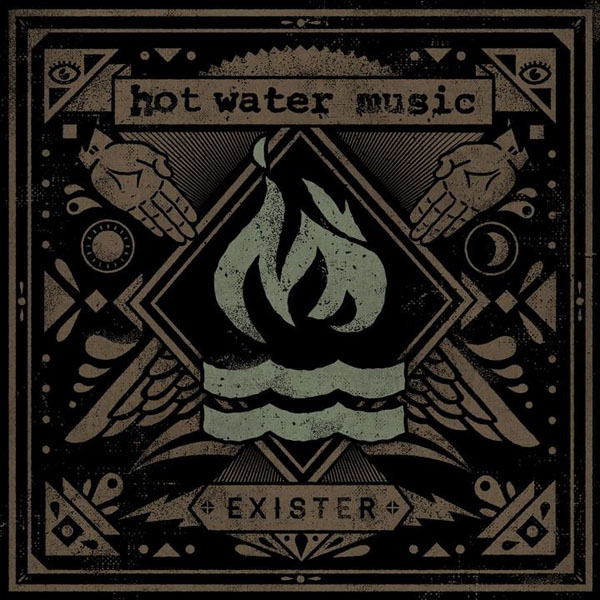 Hot Water Music is broadcasting their new album ‘Exist’ in full and exclusively on NME.COM. Scroll to the bottom of the page and click to listen.

The album wasn’t officially released until Monday (May 14), but you can hear it in full now by scrolling to the bottom of the page and clicking.

“Exist” is the band’s first full album in eight years and their first since their cover after a long hiatus. It was recorded with the producer Bill Stevenson in Colorado earlier this year.

Talk to NME Of the album, singer Chuck Ragan said, “We’re all incredibly proud of it, the songs are some of our favorites and quite simply, it’s hands down the best record Hot Water Music has ever made. We are delighted with it.

Then when asked if the band would be on tour to support him, Ragan confirmed that they would, but that he and his band mates wouldn’t make the grueling commitments they once made.

He said about it: “It’s a lot more fun playing live since we got back together. We don’t dig into the ground like we used to. We’re going to go out and support the record, but we don’t think we have to kill ourselves doing it. We have nothing to prove, we go to concerts when we want to.

You can also watch a Hot Water Music video featuring ‘Exist’ by scrolling to the bottom and clicking.

The tracklisting of ‘Exist’ is as follows:

“Main line”
“Boy, are you going to hurt someone”
‘State of Grace’
‘Down inside’
“Slide my body”
‘Security’
‘To exist’
‘Wrong Way’
“Don’t take prisoners”
“Commitment was thin”
“No end in sight”
“The traps”
‘Fully paid’

Could music stream ripping software put Spotify and other music services at risk?